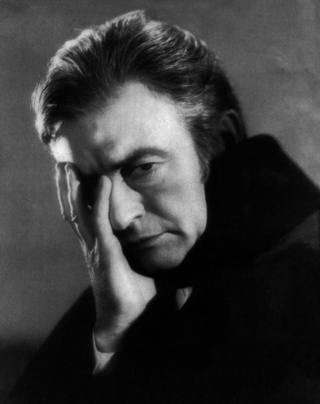 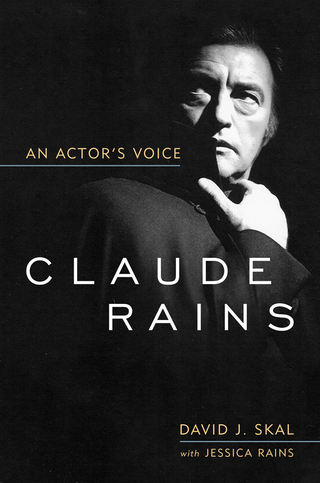 CLAUDE RAINS ON DVD AND BLU-RAY


Roddy McDowall was in absolute awe of Claude Rains. Both were English actors transplanted to Hollywood, but somehow had never met, socially or professionally. McDowall had started his American career as a juvenile performer for MGM, while Rains worked primarily for Warner Bros., and their paths had simply never crossed. McDowall was one of thousands of British children evacuated to America in 1940 during the Blitz. Rains had already been in the states for more than decade, but at the height of World War II returned to London via military transport to give one of his signature screen roles in Shaw’s Caesar and Cleopatra. Their careers and screen personae couldn’t have been more different, but nonetheless each man mirrored the other, with the emphasis on image reversal.

One was an elegant juvenile star and the other an elegant and mature character actor, one of the most celebrated in the world, who had begun his own career as a juvenile stage manager and performer. One was gay, the other straight -- so much so to have already clocked six marriages.

Offscreen, McDowall had become a noted photographer of Hollywood personalities, and was especially eager for a portrait sitting with the man who had first electrified the world with his appearance (or disappearance) as The Invisible Man and went on to act with special distinction in a constellation of major films, including Anthony Adverse, Mr. Smith Goes to Washington, Casablanca, Now Voyager, Mr. Skeffington, Here Comes Mr. Jordan, Lawrence of Arabia, and dozens of others.

If it was a classic film, there was a very good chance Claude Rains had something to do with it.

“He was perfect,” said McDowall. “There’s this very small group of actors who seemingly never made a mistake: Walter Huston, Spencer Tracy, Henry Fonda, and Claude Rains. And if the material was minor they elevated it with incredibly shrewd invention. And if the material was major they just illuminated the author’s intent right to the boundaries.”

McDowall and Rains had a mutual friend in the actor Richard Haydn, who invited them both to his home in the early 1960s. Haydn was an accomplished comedian who helpfully kept up a steady stream of amusing patter during the shoot. “It isn’t really difficult to photograph anybody on first encounter if you are engaged in conversation,” McDowall said. “To photograph Claude was like a dream come true. He was like a little pixie. He was laughing, which seldom happens in photographs. It was one of the great faces ever in the movies. It was also the most volatile face. I mean, the lines were so terrific, just terrific. It was like Mount Rushmore.”

About six months after their photo session, McDowall answered his doorbell in New York City. “And there was Claude Rains standing there. I said, come in, sit down.. Stay a decade if you want!” McDowall laughed. Rains had some of the photos McDowall had taken. Could he have some copies made? “I was thrilled. But, I asked, why didn’t you just call me up? He said he wanted to ask me this favor in person. It was so sweet. And we sat for a couple of hours and talked. I remember an essence about him. He was then a very sad man. We talked about his wife, who had just died. And I think the photos reveal a lot of his wit and melancholia and also this tremendous fierceness, like a lion, that Rains had. Everything else seemed to float on top of it. It was always capped. But you knew that if you poked him he could wipe you off the face of the earth.”

Four decades earlier, Rains had another especially fervent acolyte in the person of John Gielgud, then a gangly, insecure acting student at the Royal Academy of Dramatic Art, where Rains was his “primary and most inspiring” instructor. Over their lives, both men’s careers would gravitate from the stage to the screen. “I think any actor who is very well trained in straight theatre can adapt very quickly to the movies if they have directors who are sympathetic,” said Gielgud. “I was very self-conscious in all my early films and very ashamed of them. But as Claude was a very showy actor, it must have been quite difficult for him to temper it down to exactly the right tempo. But he obviously knew exactly how to do it and learned it more and more as he went on. He was a self-made man like Richard Burton and Emlyn Williams who absolutely clawed his way into success by sheer work and ambition.”

Like many people who knew and worked with him, Gielgud considered Rains something of an enigma. “I never had a meal with him or went to any house where he lived or met him outside the theatre.” But in 1950, when Rains made a triumphant return to Broadway in Darkness at Noon, Gielgud caught up with him after a performance. “I came across him all of a sudden one night, and he said he was very pleased to see me, and he said, ‘I’m writing my biography. I’m trying to write it and I’m being very hard on myself. So I think he had a very modest side to him as well as being enormously ambitious.”

Nothing of Rains’ first attempt at a memoir has survived, but not long before his death, he began collaborating on another biographical project with the San Francisco journalist Jonathan Root, which included dozens of hours of audiotaped reminiscences. Root died suddenly of a heart attack before the project could be realized, and, following the actor’s death soon after, the untranscribed tapes and fragmentary notes for the book were acquired by the Rains estate.

Based on his own unusually vivid memories and anecdotes, combined with extensive new research and the detailed recollections of his only child, the extraordinary life story Claude Rains wanted to tell the world is presented here for the first time.

There was much more to the Invisible Man than ever met the eye.